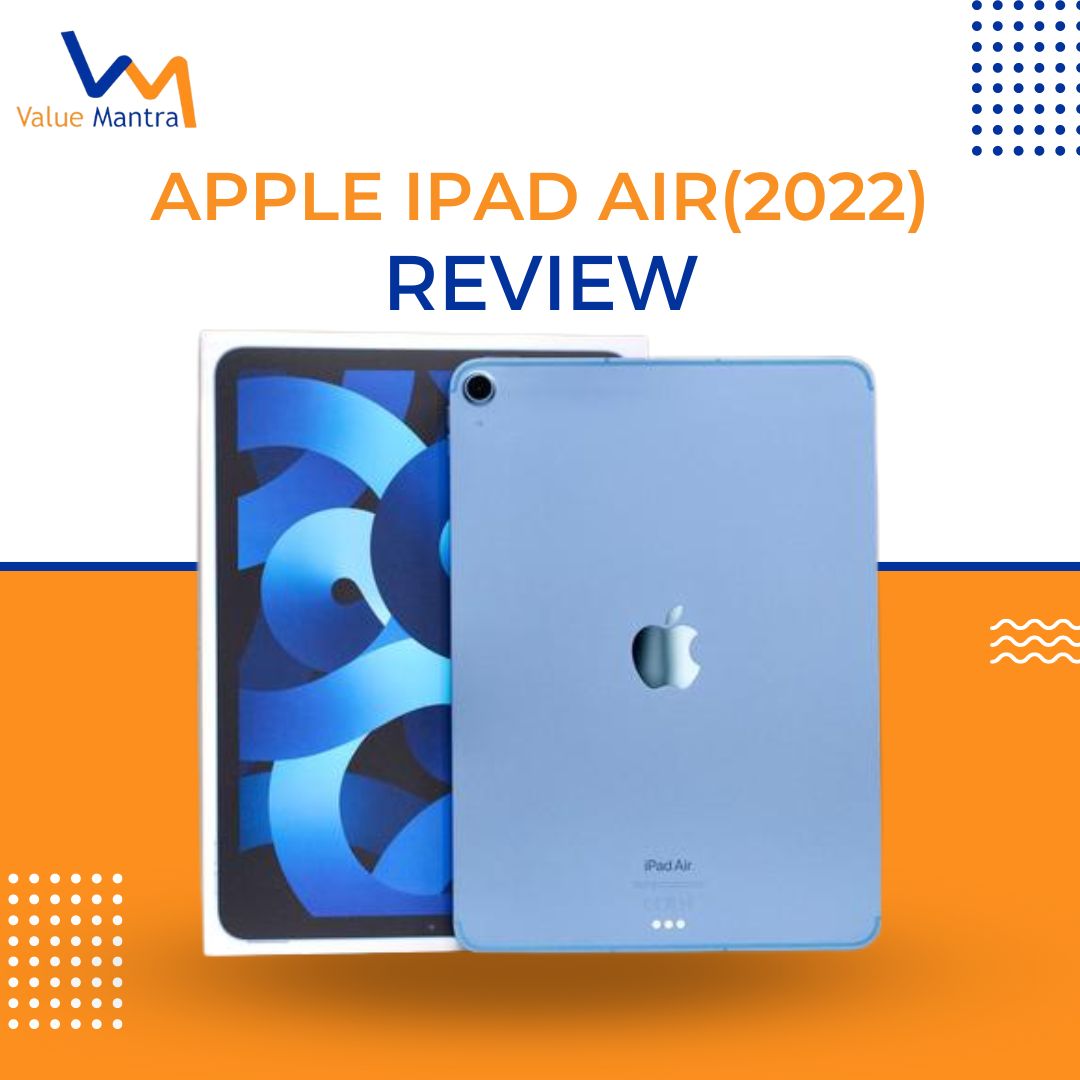 The only difference that we could identify is the processor which is not a big thing. But the thing that makes the apple iPad stand out is the M1 processor that we don’t find in low-segment apple devices. You can consider the M1 processor as the game changer for Apple. Before M1 processor was part of the Mac book but now it’s also part of iPads too.

Wanted to know more about Apple iPad Air 2022 then this blog is for you.

However, Apple keeps the unique design of each product even after they repeated it on many devices. For example, iPad Air and iPad Pro boast almost the same design but the iPad Air is much lighter and is easy to hold for a longer duration of time.

However, you will need a cover or a keyboard to prop it on so you can use it for long hours. But the cover will take up the look and design of the Apple iPad air.

The FaceID unlock is for iPad Pro only which means that we only get a fingerprint scanner on the power button. It is not that convenient and we end up typing a passcode for unlocking. However, the fingerprint sensor is very quick and accurate. iPad Air 2022 come in five different color variants Space grey, starlight, purple and blue.

Apple iPad Air has a 10.9-inch display that looks very great and is very similar to 11-inch iPad Pro. The iPad Air 2022 has a bright and sharp display which will give an amazing experience while watching your favorite bing content.

A12 series used to power all the Apple iPads but this year iPad Pro was the first iPad to get an M1 processor and now we can find it in Apple iPad Air 2020. At the iPad price, we get the experience of MacBook Air and MacBook Pro. However, if you have minimum daily usage you won’t be able to figure out the difference between these two processors. M1 processor is capable of handling all kinds of multi-task from editing photos to playing high-end games.

If you wanted to enhance your user experience you can opt for the Magica keyboard which is an amazing accessory for the iPad Air but it will cost you Rs. 27,900. iPad Air along with Magic Keyboard is an amazing pair that will make you think twice about an iPad Pro or MacBook Air.

Apple is known for delivering the best sound quality on its devices. This is the reason we get the best audio output in Apple iPad Air too. The purchase cost of the Apple iPad Air is Rs. 54,999. It is a bit more expensive but the processor makes it worth all the money you spend.

We, a few users buy Apple products to use them as a device for clicking images. The Apple company also knows this fact. We could find a 12MP camera with a 1.8f aperture that has many amazing features like HDR mode, auto focus, portrait mode, and many more. The image output we get to see in iPad Air is in true colors. The images are perfectly balanced in well-light conditions however in low-light conditions the camera struggles to take good photos.

In an iPad, the front camera is the thing that matters. This is because for video calls or in Google meet meetings the picture quality matters the most. Apple has upgraded the specs from 7MP to 12MP front camera in iPad Air. We could also find the support of CenterStage which is a very cool feature to have during face time calls.

The M1 processor increases the performance of the battery of MacBooks. However, in the case of the iPad Air, the scenario is not the same. We could say that the iPad battery performance is just average. Although the battery drainage will depend on your usage but on watching content on Apple TV+ drains the battery heavily.

As usual, use get to see iPad OS in this Apple iPad Air 2022. The iPad OS was launched in 2019 and since then we could find it in all Apple smart devices. Those who are non-iPhone users will take some time to adapt to the Apple ecosystem. The flawless connectivity we get between iPad Air and iPhone or MacBook is very stunning. You can easily sync all your important files between iPad or Mac very easily.

The Apple iPad Air has little competition as it is not the number one company but its hardware and software have no words. If you think that the price of the Apple iPad Air is very high then don’t forget about the experience you get because of its M1 processor. The iPad Pro is meant for people who want no other than the best. Whereas iPad Air is for people who want to experience the best but don’t want to invest much. Moreover, most of you will be choosing iPad Air.