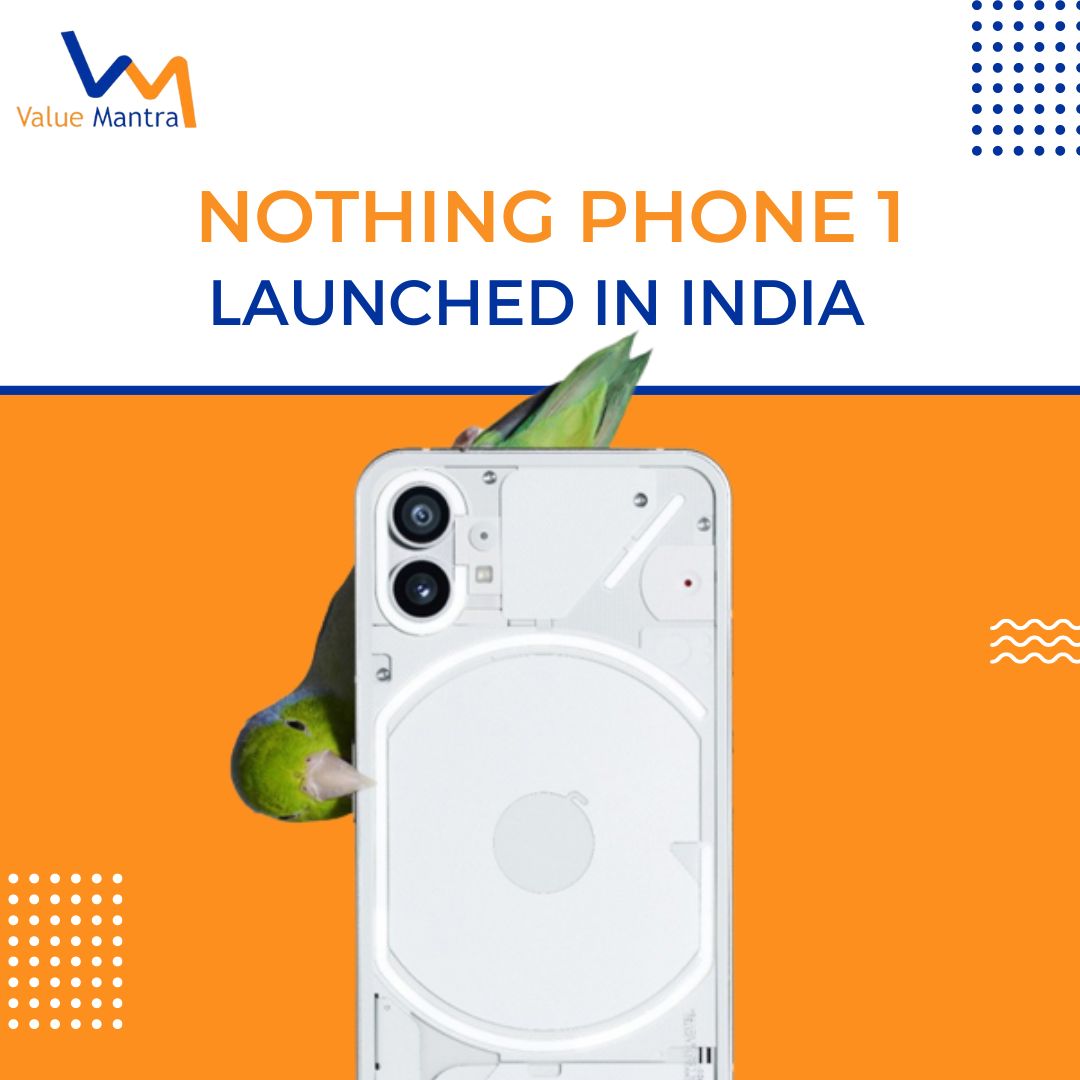 Nothing is a London-based smartphone manufacturing company that aims to remove the barrier between people and technology. Recently they have launched a very unique design smartphone i.e Nothing phone 1. It has a transparent back which gives it an aesthetic look. Here is the complete detail about the smartphone.

The Nothing phone 1 comes with a unique design. It comprises the matrix of LEDs which is called glyph design. Its back design looks amazing when the phone is kept facing the screen down. Moreover, the Nothing phone 1 is one of the best-looking smartphones in its segment. If we look at the back of the device we could conclude that it just acts as a window in the device by which we can see the charging coils, LEDs and all other parts.

Along with this, the faceplates give a beautiful texture to the device which makes the device stand out from other smartphones. We could find the company’s logo on one side of the device which adds more beauty to the phone.

More notably this device is going to catch the attention of tons of people each time you take it out of your pocket. This device comes with two different hue options, i.e black and white. If we remove the LEDs from the back, then the design somewhat matches the design of the iPhone 13 Pro.

The company has also considered the weight distribution while manufacturing the smartphone. unlike other smartphones, it does not feel heavy on the upper side.

Coming to the main look of the smartphone, the Nothing phone 1 comes with many LEDs on its back which sum up and makes the Glymph Interface. Apart from adding beauty to the smartphone design LED lights can also be used as Notification lights. Moreover, the smartphone has 10 different ringtones which have been synced with the smartphone’s glyph interface. Each ringtone offers a unique LED pattern which makes feel very unique when you receive calls in public. My personal favourite is the bottom LED which lights up when we plug in the charger. The LEDs strip can be also used to indicate the phone’s battery level. When another smartphone has the feature of flip to mute in this we get flip to Glyph.

If we see the input and output ports of the device, the handset is equipped with a USB Type-C port at the bottom of the device followed by the speaker grill. The power button is placed on the right side of the device whereas the volume rockers are on the left side.

Nothing phone 1has stereo speakers that are quite loud for watching videos. This phone also comes with an in-display fingerprint, that works very fast. On the other hand, phones struggle with face unlocks even during broad daylight.

The Nothing phone 1 comes with a 6.55-inch, FHD+ OLED display. The screen panel offers a refresh rate up to 120Hz and has a 10-bit colour depth. Moreover, we could find a very great response to touches and the screen swipes very smoothly giving you the experience of a 240Hz of refresh rate.

The screen has great viewing angles that have peppy colours. We could find 1200 nits of brightness that is sufficiently bright to use the smartphone in outdoors. The phone has got the protection of Corning gorilla glass v5 which should survive minor scratches and drops.

The Nothing company has worked a little bit less on the cameras. We find only two sensors on the rear side of the smartphone. The device has two 50MP sensors placed on the back side and a 16MP selfie camera on the front side.

The Nothing phone 1’s primary camera (50MP) clicks superb photos in the daytime. Photos taken from the primary camera have authentic colours. The smartphone’s main camera clicks good photos even in low light conditions. If we talk about the night mode feature, photos come out with great detail.

The story is the same for the 50MP ultrawide angle camera. This unit also clicks superb detailed photos with great sharpness. As far as video is considered, the device is a cable of recording clips up to 4K resolution at 30FPS. Nothing phone 1 comes with OIS that provides smooth and jitter-free recording.

The Nothing phone 1 is loaded with a mid-tire Snapdragon 778G+ processor that doesn’t fit perfectly with the other specs of the smartphone. Needless, to say but this device is not the fastest in its segment. In fact on running benchmark tests on the device, we don’t get expected scores. It does not mean that this device is not perfect enough its SoC is capable enough to carry out daily usage very smoothly which involves using social media platforms, running many tabs in the browser, watching movies, using messaging on skype, etc. Moreover, you can play high graphic games very perfectly on this device. You can smoothly enjoy games like BGMI, and COD at very high graphics and Maximum FPS

Nothing phone 1 run on nothing OS v1.02. In this device, you will get a stock interface, which means that you won’t see any bloatware. Along with this, the UI comes with a lot of customizable features, from changing the grid size to enlarging the size of the icons, you can easily do all the changes.

The Nothing phone 1 is starting at Rs. 32,999 in India. To be very honest with the review the performance of the smartphone is not up to the mark. In this segment, we could easily get a high-powered device.

Talking the plus point of the device is its UI which is free from all kinds of Bloatware along with this the glyph interface adds increases the beauty of the smartphone.

However, if you are looking for a  device for end-user experience, then you may go with this device.